Dizzy is a female rescue helicopter. She made her first appearance in the episode "The Right Kite", in which she rescues Jett and, since then, has made fourteen major appearances throughout the series. She leads Team Dizzy in Mission Teams. Her teammates are called Zoey and Sparky Her best friends are Jett and Mira as she is closer to the two.

Dizzy is a pink rescue helicopter, who likes to go at icy places. She is dark pink with a purple heart shape

. Dizzy specializes in rescuing and providing medical care. She has a great number of tools to accomplish her missions.

Dizzy has a large appetite for food as seen in Family Time where she says she is 'very hungry' and 'you don't have to tell me twice' when told to escort the father of Hemi to dinner. In the episode "The Amazing Moritz" she is very happy to go into mission and says 'Music to my ears!' when she is about to take off. She is also humble, like in the episode "Wish upon a Jett", when she says "Magic is not my thing, Jimbo, but I'll do my best" after Jimbo asks her to do something about a magic carpet that does not fly.

This is the first episode in which Dizzy makes an appearance. At the start of the episode she rescues Jett, stopping him from falling in the ocean, then she is sent by Jimbo to Vietnam to assist Jett who has accidentally injured himself and retrieve a Kite that has been stolen by two red pandas.

In this episode Dizzy goes to the Sahara Desert, together with Donnie, to deliver a huge pile of ice, which she then sprays fake snow upon so that it resembles a mountain and Ali has a place where he can play with his new sled.

Dizzy gets Roy out of a difficult situation, after he got stuck under a shutter at the airport, with the aid of one of her rescue tools. She then goes to Egypt to rescue Jett who has gotten stuck between two sliding walls in a pyramid, much like Roy, and she frees him in the same way she previously well

t is seen that Dizzy is a huge fan of Kellie.

Wish Upon a Jett

Tip Of The Iceberg

Trip To Times Past 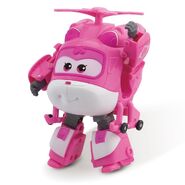 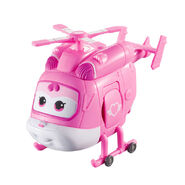 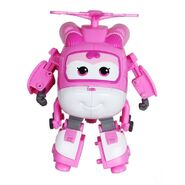 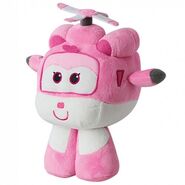 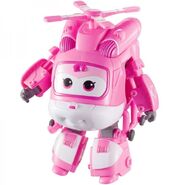 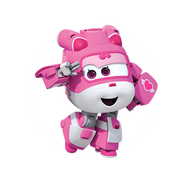 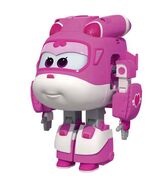 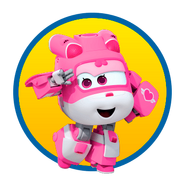 Dizzy in her very first appearance, in the episode "The Right Kite".

Dizzy after complete transformation in "Wish Upon a Jett".

Dizzy about to take off in the episode "Wish Upon a Jett".
Add a photo to this gallery
Retrieved from "https://super-wings.fandom.com/wiki/Dizzy?oldid=9137"
Community content is available under CC-BY-SA unless otherwise noted.